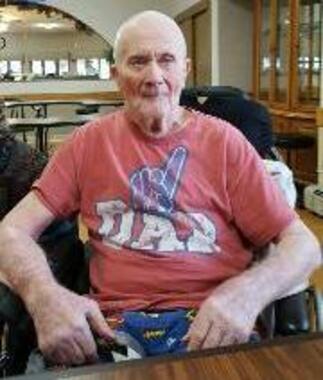 Back to Bernie's story

Bernie was born on December 21, 1934 in Graysville, Missouri, the son of Preston and Velma (Ray) Partin. He was united in marriage to Annamae Williams on April 3, 1953 in Unionville, Missouri. To this union, three children were born, Birney Jr., Wendell, and Ellymae.

Bernie was a coal miner in Graysville for a period of time. Early in his marriage, he worked at Maytag in Newton. After a year, he returned to Graysville, and continued working at the coal mines, until he accepted a position at McGraw Edison in Centerville. Eventually, he went to work at Young Radiator in Centerville, retiring in the late 1990's.

Bernie loved Stock Car Racing, and owned his own Stock Car. He enjoyed hunting and fishing in his spare time. He was also very fond of spending time with his family.

Bernie was preceded in death by his parents, Preston and Velma Partin.

Funeral services will be held at 10:00AM, Monday, May 13, 2019 at Lange Funeral Home and Crematory in Centerville with Pastor Christy Ehrle officiating. Burial will follow the service at Rose Cemetery in Graysville, Missouri. A Visitation will take place, Sunday, May 12, 2019 at Lange Funeral Home in Centerville, opening at 12:00PM, with the family greeting friends from 1:00-3:00PM. Memorials have been established to Centerville Specialty Care, and may be dropped off or mailed to Lange Funeral Home and Crematory, 1900 South 18th Street, Centerville, Iowa 52544. Condolences may be shared online at www.langefh.com
Published on May 10, 2019
To plant a tree in memory of Bernie Lee Partin, please visit Tribute Store.

Plant a tree in memory
of Bernie

A place to share condolences and memories.
The guestbook expires on August 08, 2019.