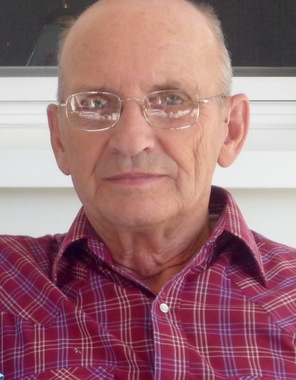 Back to Billy's story

Billy Marvin Rankin, 80, of Melbourne, (formerly of Centerville) died on Wednesday, January 23, 2019 at State Center Specialty Care from COPD complications. A graveside committal service will be held 10:00 a.m., Saturday, May 25, 2019 at the Pleasant Hill Cemetery in Cincinnati, IA.

Survivors include his two sons: Kevin and Judy Rankin of Melbourne, IA; and Carl and Dee Rankin of Bedford, IA; eight grandchildren: Charles (Chip) and Rebecca Rankin of Breezy Point, MN; Dale and Tammy Leikvoll of Hillman, MN; Chad and Sarah Leikvoll of Princeton, MN; Dena Oscarson of Pierz, MN; Elizabeth And Matt Green of Abingdon, VA; Rebecca and Sam Juhl of Des Moines, IA; Patrick and Mackenzie Rankin of Bedford, IA; Sarah and Tim Guilliatt of Bedford, IA; and 14 great-grandchildren. He is also survived by a sister Neva and Norman Hampton of Collins, IA; sister-in-law Gladys Robertson of North Richland, TX; nephew Marty and Jackie Rankin of Fort Worth, TX; and many nieces, nephews, and extended family.

He was preceded in death by his wife Mary Elizabeth (McKinley) Rankin, parents Carl and Nora Rankin, and eleven brothers and sisters.

Billy Marvin Rankin was born in rural Jasper County, Iowa on April 12, 1938, to Carl and Nora (Tribby) Rankin. He was educated in rural Country schools and proudly served three years in the US Navy.

He married Mary Elizabeth McKinley on August 1, 1959, and bore two sons Kevin and Carl. They made their home in Centerville, IA where Kevin and Carl were born. In the fall of 1976, they moved to Melbourne, IA where he lived until his death, along with stays at the Iowa River Hospice House and State Center Specialty Care.

Billy worked in many jobs throughout his life in factories specifically Marshalltown Trowel, U.S. Manufacturing. He is also remembered in Melbourne welder, repairing, and fabricating machinery at Floyd Needham's shop.

Old-time country and bluegrass music was a lifelong passion for Billy, learning to play a harmonica by age five and guitar shortly after that. He was self-taught and played solely by ear. If it had strings he could tune it and play it, especially guitar, mandolin, and fiddle, to name a few of his favorites. He began playing for dances as a young boy and continued throughout his life. He arranged and attended many jam sessions all over the state which were his favorite form of entertainment. When he wasn't playing at a dance, he could also be seen dancing with Mary, the love of his life.

In later years, Billy's love of making music developed into a passion for making and repairing musical instruments. He began slowly making his first fiddle, researching and learning proper luthier techniques. Many times he had to first design and build his own tools or jigs before he could actually make the instrument. He built several fiddles, guitars, mandolins, an octofone, and even a hammered dulcimer. Billy also gained quite a reputation or repairing many musical instruments through the years. He painstakingly worked on each instrument like it was his very own and always worked to make it as good as new or in most cases, better. He was a proud member of the Guild of American Luthiers, and attended many of their annual conventions in Tacoma, Washington.
Published on May 16, 2019
To plant a tree in memory of Billy Marvin Rankin, please visit Tribute Store.

Plant a tree in memory
of Billy

A place to share condolences and memories.
The guestbook expires on August 14, 2019.