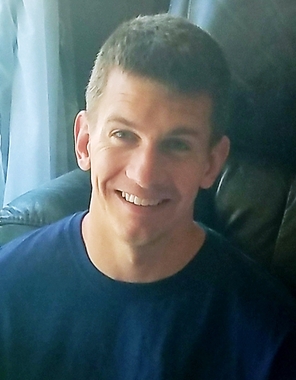 Back to Daniel's story

Daniel Lee Ward, age 34, of Plano, Iowa, passed away Sunday, May 12, 2019.
Danny was born on April 20, 1985 in North Richland Hills, Texas, the son of Wendell Lee and Ivy Lee Ward (Parker). He graduated from Centerville High School with the Class of 2003. Danny continued his education at Iowa State University, earning his Bachelor's degree in Construction Engineering. He was united in marriage to Tonya Heitmeyer on June 16, 2007. To this union, two children were born, Finn and Oliver.
Danny loved his boys. From teaching them new things, riding 4-wheelers, and wrestling around the house. Danny wanted to share his love of reading with his children. He spent many hours reading novels and collections of Stephen King writings. One of his many accomplishments was creating stories for his two boys. He would read to Finn and Oliver daily. These stories will forever be shared and read as his memory lives on through his words. The love between him and his sons, Finn and Oliver was infinite.
Danny was a lifelong learner. He and Tonya spent a year exploring and enjoying all that Australia had to offer. He enjoyed cruising in his Nissan Sentra and listening to music. In his spare time it wasn't rare to find him designing, crafting, woodworking, or constructing Origami creations and projects to share with family.
Left to honor Danny's memory include his two sons, Finn Lee Ward and Oliver Orion Ward; his wife, Tonya Ward; his parents, Wendell and Ivy Ward; a sister, Julie Hengstenberg (Josh); a brother, Kyle Ward (Brittany and Eliza Tiffey); and nephews and a niece, Teigh and Andy Hengstenberg; Tino, Sam, and Brinley Terrones; and his paternal grandmother, Claetta Ward.
Danny was preceded in death by his son, Eli James Ward; his paternal grandfather, Wendell Lincoln Ward; and his maternal grandfather, Donald Joe Parker.
Cremation has been accorded. His ashes will rest at the Southlawn Cemetery. Private Celebration of Life Services will be held. A public visitation will take place Saturday, May 18, 2019 from 2:00PM-5:00PM at the Lange Funeral Home and Crematory in Centerville. The family may or may not be present for the public visitation. Memorials have been established to either Finn and Oliver Ward or National Multiple Sclerosis Society, and may be dropped off or mailed to Lange Funeral Home, 1900 South 18th Street, Centerville, Iowa 52544. Condolences may be shared online at www.langefh.com.
Published on May 16, 2019
To plant a tree in memory of Daniel Lee Ward, please visit Tribute Store.

Plant a tree in memory
of Daniel

A place to share condolences and memories.
The guestbook expires on August 13, 2019.