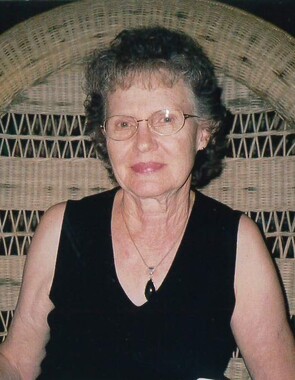 Back to Darlene's story

Following a series of illnesses in later life, Darlene Harl of Ames, Iowa, passed away on January 2, 2020. She left a host of friends and relatives to mourn her passing.

Darlene was born on a farm in Wayne County, Iowa, on January 8, 1933, to Alta Harris and Ernest Harris. Her only sister, Lucille, died in September of 2006. On September 7, 1952, she married her high school classmate, Neil E. Harl. They had two sons, James Brent, born in 1957, now in business Denver, Colorado, and fourteen years later, Rodney Scott, born in 1971, now in business in Manchester, New Hampshire. Both sons are graduates of Harvard with Master of Science degrees. Brent has four sons, Michael, Jack, Joseph, and Rhett and Rodney has one daughter, Gemma.

From an early time, Darlene was a serious scholar and good friend to many. She was valedictorian in the rural group of graduating scholars in Wayne County, Iowa in 1947. She entered high school in Seymour, Iowa, and published herself as a friend and scholar there. Her early competition in that class was Neil Harl, who later became her husband. On graduation from high school, Darlene was salutatorian in a class of 45 and missed the top spot by one B. Her friend (and later husband) was valedictorian.

Her husband, an Army officer, was stationed in Fort Bliss, Texas, and later at Fort Sheridan, Illinois. After two years of active duty, they moved to Des Moines for a year of employment there and the following year moved to Iowa City. Neil was enrolled at the Iowa Law School and Darlene enrolled at SUI. Her husband graduated in 1961 and they moved to Ames for him to pursue a Ph.D. in economics. He joined the ISU staff in late 1964 in the Department of Economics. Darlene completed her Bachelor of Science degree in 1981 from Iowa State University.

Darlene traveled widely with her husband, in his lecturing in the U.S. and later, as the head of a newly formed center, the Center for International Agricultural Finance, throughout the countries that were freed from Soviet Union control.

As a family, they vacationed principally in Osage Beach, Missouri; Denver, Colorado; and in Hawaii. They owned condominiums in all three places.

In 2015, Darlene's health began to fail and it reached the point that Neil became her caregiver on a full-time basis. On October 16, 2018, Darlene fell and fractured her hip. The recovery was lengthy but she recovered much of her lost health. She fell again May 3, 2019, which required more care.
Neil and their two sons extend their deepest thanks to those who helped to make her illness as pleasant as possible with generous gifts of food, literature and visitation.

Darlene was preceded in death by her parents, Ernest and Alta Harris and by her sister, Lucille Conti.

Funeral services will be held at 10:30 a.m. at First United Methodist Church in Ames on January 8, 2020. She was a long-time and active member of the church. A visitation will be held at Adams Funeral Home on January 7 from 4 until 7 p.m . Interment will be at the Iowa State University Cemetery in Ames.

Memorials may be left with the funeral home or a recipient of your choosing.

Adams Funeral Home in Ames is assisting the family with arrangements. Online condolences may be left at www.adamssoderstrum.com
Published on January 6, 2020
To send flowers to the family of Darlene Harl, please visit Tribute Store.

Send flowers
in memory of Darlene

A place to share condolences and memories.
The guestbook expires on April 05, 2020.

kay & roger white
Our deepist condolence to you and your family.
View all