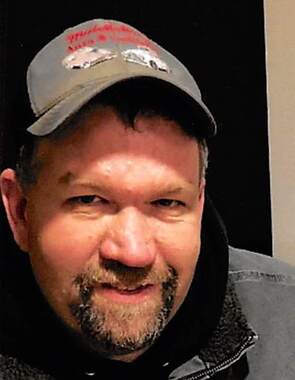 Back to Dennis's story

Mike Middlebrook, age 48 of Corydon passed away from a short, hard-fought battle with an aggressive cancer on March 4, 2020 at Mercy One Hospital in Des Moines with his family by his side. His loving wife Mendy never left his side and they had just celebrated their 25th wedding anniversary.
Dennis Michael Middlebrook was born in Leon, Iowa to Dennis Mertin and Barbara Kay (Williams) Middlebrook on October 30, 1971. He attended Wayne Community Schools and graduated from Wayne High School with the Class of 1990. Mike was united in marriage to Mendy Arnold on November 12, 1994. Mike and Mendy were blessed with two sons: Jeff and Jared.
Mike spent his childhood tinkering around with his grandfather and father at their family owned gas station and auto repair business. After high school he attended Indian Hills Community College in Ottumwa and graduated with an AAS degree in Automotive Collision Technology. He then became the co-owner and operator of Middlebrook Auto with his father Dennis. Mike passed his love of mechanics on to both of his sons who recently joined in the business with their automotive collision repair. His dream was always to expand the family owned business by adding the automotive collision repair and his dream became a reality in March 2018. He was always so proud of his boys for being the 5th generation to run the shop.
Mike loved spending time with his family and friends; boating and camping were a few of their favorite things to do together. He could also be seen taking the boys for a "quick" spin in the Camaro. He loved cars, especially fast cars and he enjoyed watching and attending the races. Mike and his boys spent many late nights working on their project cars as well as enjoying a few rounds of golf on the weekends.
Mike will be extremely missed by his wife Mendy, son Jeff (Kassidy) Middlebrook, son Jared Middlebrook, parents; Dennis and Kay Middlebrook, sister Carla (Shane) Housley, grandmother Barb Williams, nephew Blake Housley, niece Brooklyn Housley, great niece Emery Terrell-Housley all of Corydon, in- laws John and Judy Arnold of Centerville, Chris (Mindy) Arnold and family of Lenexa, Kansas, Scott (Stacy) Arnold and family of Centerville, and numerous extended family members and countless friends.
Mike was preceded in death by his sister, Staci Lynn and grandparents, Mertin and Merilyn Middlebrook and Vern Williams.
A Celebration of Life Service will be held on Sunday, March 8, 2020 from 1:00-4:00 p.m. at the Middlebrook Auto & Collision Shop in Corydon. A Graveside Service will be on Sunday, March 8, 2020 at 4:30 p.m. at the Corydon Cemetery with Pastor Nate Mason officiating. Memorials may be given to the family and will be designated at a later date. Condolences may be shared at www.thomasfh.com and at facebook.com/thomasfuneralhome.
Published on March 5, 2020
To send flowers to the family of Dennis Michael Middlebrook, please visit Tribute Store.

Send flowers
in memory of Dennis

A place to share condolences and memories.
The guestbook expires on June 03, 2020.

Blooming Garden Basket was purchased for the family of Dennis Michael Middlebrook by Debbi and Dwight Saylor.  Send flowers 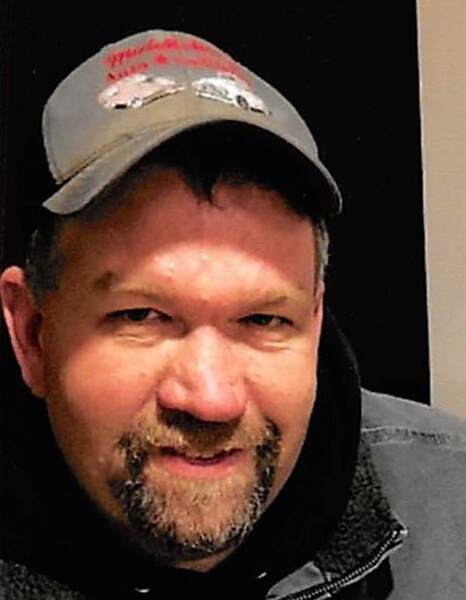