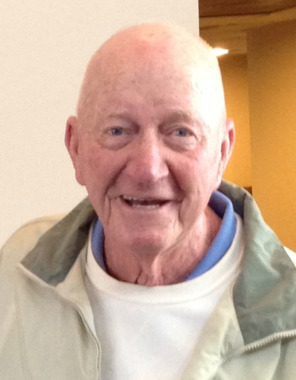 Back to Donald's story

Donald "Red" Sylvara
March 8, 1933 - December 4, 2019
"A LIFE WELL LIVED"
Donald Edward Sylvara known as "Red" by family and friends passed away on Wednesday, December 4, 2019 in Kirksville, Missouri at the age of 86.
The son of Charles Richard and Ruby Olive (Leffler) Sylvara, he was born March 8, 1933 in Nettleton, Missouri. On April 3, 1953 in Kirksville, Missouri he was united in marriage to Velma Colene Ladwig, who preceded him in death on July 17, 2000.
He was also preceded in death by his son, Steward Warner Sylvara of Unionville, Missouri on Nov. 2, 2019, his parents and two sisters, Betty Jean Taylor Pexton and Leona Mae Moore.
Red is survived by his daughter Debra Renee Shepley and husband Tom of Burnsville, Minnesota, brother, Jerry Sylvara of LaPlata, Missouri; half-brothers Jim (Mary) Stewart and Bob (Becky) Stewart of Macon, Missouri, and Wayne (Pat) Stewart of St. Peters, Missouri, eight grandchildren and good friend, Pat Pulis of Kirksville.
Red moved to Kirksville at the age of seven. He attended Kirksville Schools and graduated from Kirksville High School in 1951. He graduated from Northeast Missouri State Teachers College in 1955 and received his master's degree in 1962. He coached for over 40 years and taught for 35 years in Bloomfield, Iowa, Monroe City, Missouri and Centerville, Iowa. After retirement Red and Colene moved to Bella Vista, Arkansas until 2000 when he returned to Kirksville.
Red played baseball, football, basketball and track and field during his high school and college years. He was inducted into the Kirksville Football Hall of Fame and Truman State Athletic Hall of Fame. Later in life he became an avid golfer, with 6 holes in one. Red also enjoyed fishing, hunting, and wood working. He was a member of the Masonic Lodge 366, Moila Temple, El Kadir Shrine Club and Moose Lodge.
Red will be missed greatly by his family and friends. Even at the end of his life while battling cancer, he kept his sense of humor and positive outlook on life.
There will be a graveside service with family to celebrate his life.
Condolences may be sent to Deb Shepley, 10900 Ridgewood Court, Burnsville, MN 55337.
"Peace I leave with you: my peace I give you. I do not give to you as the world gives. Do not let your hearts be troubled and do not be afraid." John 14:27
Arrangements in the care of Davis-Playle-Hudson-Rimer Funeral Home; www.davisplaylehudsonrimer.com.
Published on December 6, 2019
To plant a tree in memory of Donald Sylvara, please visit Tribute Store.

Plant a tree in memory
of Donald

A place to share condolences and memories.
The guestbook expires on March 05, 2020.

Stephen brorby
My prayers are with you and family he was a good man
Sunny D. Hawk
Oh how I loved having Mr. S for shop class at Howard Jr. High in Centerville!!! One of the few classes I looked forward to. It has been 30 years and I still remember making the block of wood into the word dad. Cutting the middle of the letters of carefully. Painting it in class. I can still hear him saying "measure twice cut once". My deepest sympathies.
Norm Houser
One of the nicest guys and will be missed. Rest in Peace My Friend.
Jane Fadiga Craver
So sorry to read this, Debbie. I always enjoyed visiting with your dad!
View all