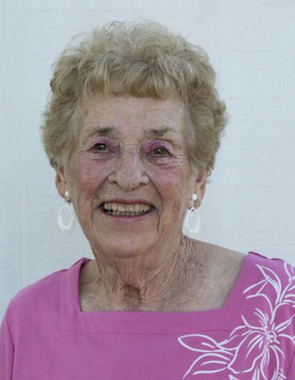 Back to Doris's story

Doris Arlene Houser, 92, passed away while visiting her daughter in Columbia, Missouri on December 8, 2019. She lived her entire life in Appanoose County in Southern Iowa and graduated from Udell High School in a class of 8 students. She bragged about playing on the boys' softball team in high school because she was good enough. Doris was also a basketball player and years later practiced with her daughter who played for Centerville High School.
After high school Doris worked at the Iowa Southern Utilities Company in Centerville and married Doyle Elarton. They had one daughter, Patricia Albright, before Doyle's early passing from this life. Later, she married Billy H. Houser and they also had one daughter, Pamela Houser. The family lived on a farm south of the Centerville Airport until 1969, when they moved to Centerville.
As an active participant in politics Doris served as the Democratic Women's Chairperson for Appanoose County in the late 1960s. She was invited to attend the Governor's Ball for Harold Hughes. From Udell High School to the governor's ball was no great feat for a woman who instilled in her daughters that a woman can do anything. Throughout her life she remained vigilant to her commitment to politics by voting in every presidential election in her life. Guess who she voted for in 2016.
Doris was a housewife and an accomplished seamstress making all of her clothes and her daughters' clothes. She was known to do the most difficult patterns with ease and would design her own patterns when she wanted something special. Doris insisted her daughters learn to sew and supported them in many years of 4-H watching them earn many honors on a local and state level for their work. In Patricia's youth Doris served as a Girl Scout leader and was the director of the Appanoose County Girl Scout Day Camp at the Sharon Bluffs Park for many years. She also donated her time and talents to help the Fraternal Order of the Eagles raise money for Blank Memorial Children's Hospital in Des Moines.
Always a hard worker whether at home or at the Viscase manufacturing plant in Centerville, Doris set the example for her daughters that hard work will serve you well. As a top production worker at Viscase, Doris was recognized in 1987 as the only person in the plant to have perfect attendance for an entire year.
After retirement from Viscase Doris learned to play golf at the insistence of her daughters. She was awarded the Most Improved Player on the Women's League her first year of membership at the Centerville Country Club. On her 88th birthday she beat both of her daughters scores when they played a difficult course in Santa Fe, New Mexico. As she chipped in for a birdie on the 18th hole the roar and laughter was heard across the course as the gallery on deck cheered for her.
Growing up during the depression was hard and Doris was not able to attend college which she always regretted. Later in life she felt her greatest accomplishment was the fact that her children, her grandchildren and soon her great grandchildren would all earn college degrees. She instilled the importance of education in all of them.
Doris Houser is preceded in death by her husbands, Doyle Elarton and Billy H. Houser, her parents, W.A and Bertha Simmons, her brother Donald Simmons and many aunts and uncles.
Family members surviving are daughters Patricia (late Thomas) Albright, Centerville; and Pamela A. Houser, Ashland, Missouri; Grandchildren, Scott (Kristy) Sadaro, Raymore, Missouri and Sally Sadaro and Josh Baumgardner, Seattle, Washington; Great-grandchildren, Sophia Sadaro, Raymore, Missouri and Simone Baumgardner, Seattle, Washington; many nieces, great nieces and great-great nieces.
The family plans a private service later in the spring. In lieu of flowers please consider a memorial in Doris' honor to be split evenly between Welcome Home, A Community for Veterans in Columbia, Missouri and the Centerville Hospital Auxiliary. These are the passions of her daughters and something Doris would want to support.
Published on December 12, 2019
To plant a tree in memory of Doris Houser, please visit Tribute Store.

Plant a tree in memory
of Doris

A place to share condolences and memories.
The guestbook expires on March 11, 2020.