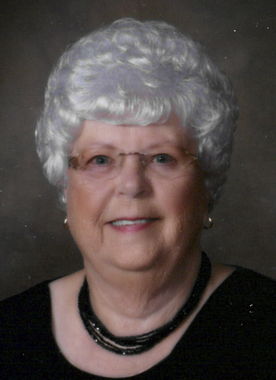 Back to Hilda's story

Hilda Glenna Gist, 85 of Knoxville, Iowa passed away on Saturday, February 22, 2020, at The Cottages in Pella, Iowa. Hilda was the daughter of Glen and Sylvia (Godfrey) Mefford and was born on December 12, 1934, at Hamilton, Iowa. She graduated from Lovilia High School in Lovilia, Iowa in 1952. On June 15, 1953, she was united in marriage with Millard (Bill) William Gist, Sr. and to this union three children were born Linda Darlene, Millard William Jr., and Diana Lynne. They lived in Bussey, Iowa for 60 years while Hilda was a stay-at-home mom until all the children were in school. Then, for several years she was employed at Chamberlans in Albia, Iowa and Pella Corporation in Pella, Iowa for 15 years. In 2000, she moved to Centerville, Iowa at which time she began her retirement. There she was active in several volunteer activities with the American Legion Auxiliary, poppy sales, St. Joseph's Hospital Auxiliary, and the First Baptist Church, delivering flowers, participating in various committees, serving food when needed and being on prayer chains. Throughout their lives Hilda and Bill loved to camp and fish with their family. Hilda enjoyed doing crafts, especially crocheting, painting, and ceramics. Although they were very competitive, she enjoyed doing activities with her best friend and sister, Beatrice Waters, and they loved each other very much. Those who will cherish these memories are her two daughters and their husbands, a daughter-in-law, and 10 grandchildren, with whom she enjoyed taking on shopping trips:
Linda and Larry McDanel of Centerville, Iowa
Greg (Kathy) McDanel
Mark (Shelley) McDanel
Shannon (Tim) Starr
David (Lavada) McDanel
(Millard) Sherry Gist, Jr. of Knoxville, Iowa
Christopher Gist
Curtis Gist
Josh Gist
(Stephanie Troendle)
Diana and Patrick Roland of Knoxville, Iowa
James (Courtney) Roland
Kristina (Jennifer) Roland
Stephen (Hailey) Roland
Hilda 's family has grown to include nine great-grandchildren along with a special niece, Denise (Dennis) Deaver. She was preceded in death by her husband, Millard Gist, Sr. in 1990; her son, Millard William Gist, Jr. in 2019; a granddaughter, Stephanie Gist; her parents, Glen and Sylvia Mefford; her sister, Bea and her husband, Robert Waters; her brother, Thomas Mefford; and her parents-in-law Harry and Minnie Gist. Funeral services were held on Thursday, February 27, at the Williams Funeral Home in Knoxville, Iowa.
Published on February 27, 2020
To plant a tree in memory of Hilda Glenna Gist, please visit Tribute Store.

Plant a tree in memory
of Hilda

A place to share condolences and memories.
The guestbook expires on May 27, 2020. 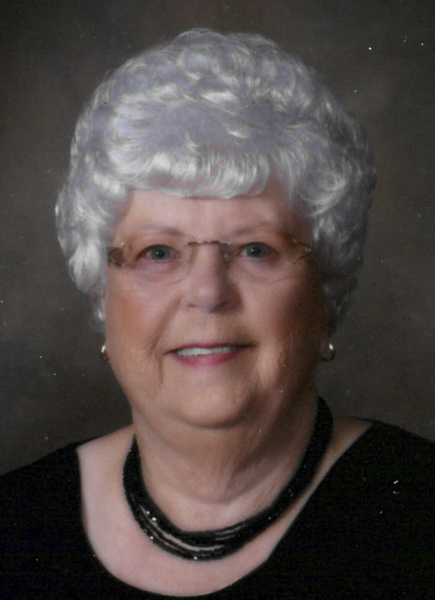