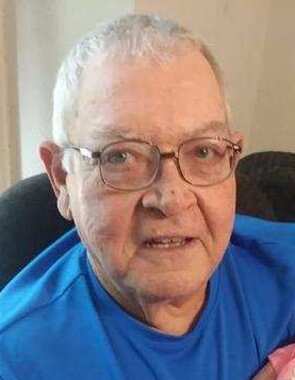 Back to John's story

John Archer, 72, of Ottumwa and formerly of Moulton, Iowa, passed away on June 5, 2019 at Mercy Medical Center in Des Moines. John was born on February 6, 1947 in Centerville, Iowa to Walter and Geneva (Burton) Archer and graduated from Moulton-Udell High School in 1965.
John was a proud veteran. He served in the United States Army from 1965-1968 as a crew chief on a Huey Gunship. During that time, he served in the Vietnam War and received numerous commendations and medals. On August 1, 1969, John married Judy Newland and to this union, three sons were born.
John was a food inspector for the USDA for over 30 years. After retirement in 2004, he worked for Sysco Foods part time and continued his career in food inspection.
In his spare time, he enjoyed: fishing, bird watching, wood-working, watching his grandkids' sporting events, gardening, attending fish frys and listening to music on his computer. He was a lifetime member of the VFW and the DAV as well as a member of the Moulton Legion, Vietnam Veterans of America and a member of the Moulton United Methodist Church.
John is survived by his wife, Judy; sons: Bryan (Mindy) Archer, Darian (Brandy) Archer and Sam (Jill) Archer; grandchildren: Taysha Holland, Tyler Archer, Austin Archer, Cory Archer, Baylee Archer, Taylor Archer and Johnathan Archer; great grandchildren: Senner, Raelynn and Morgan as well as his siblings: Kenneth (Jan) Archer, David (Hope) Archer and sister-in-law, Sue Archer. John also leaves behind his beloved dog, Elmer. He was preceded in death by his parents; sister, Phyllis Fowler and brothers: Bobby, Bill and Max Archer.
Funeral services will be held at 11:00 a.m. on Saturday, June 8, 2019 at the Moulton United Methodist Church with Pastor Jim Schweizer officiating. Interment will be at the Barker United Methodist Church Cemetery in Downing, Missouri. Visitation will take place on Friday, June 7, 2019 from 1:00-7:00 p.m. with the family present from 5-7:00 p.m. at Thomas Funeral Home in Moulton. Memorials may be made to the Moulton American Legion and online condolences may be shared at www.thomasfh.com or facebook.com/thomasfuneralhome.
Published on June 6, 2019
To plant a tree in memory of John Archer, please visit Tribute Store.

Plant a tree in memory
of John

A place to share condolences and memories.
The guestbook expires on September 04, 2019.