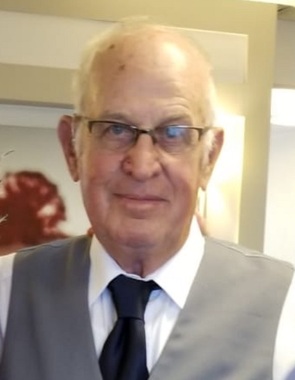 Back to Leland's story

Dr. Leland G. Den Hartog, 87 of Centerville passed away Saturday, February 8, 2020.
Lee was born to John & Emma (Van Gorp) Den Hartog in Pella, Iowa, on June 7, 1932. He received his education graduating from Knoxville High School in 1950. Lee attended college at Central College in Pella, IA, and transferred after three years to Southern College of Optometry in Memphis, TN, graduating in 1956. He then enlisted in the United States Air Force and practiced optometry in Saudi Arabia until his discharge as a 2nd Lieutenant in l958. Lee then opened his optometry practice in Centerville and served the community for 50 years.
Lee's first marriage was to Becky Warren in 1966. On December 29, 1985, Lee married Mary Jo Youll in Centerville. Lee had five sons: David, John, Bob, Brandon and Tyler.
Lee's interests were many. He loved to travel and especially loved India and Mexico and where he always met and interacted with wonderful people. Lee was a philanthropist giving with little fanfare and often in anonymity. Lee donated hundreds of hours working on the Lelah Bradley walking trail and taking care of the city tennis courts.
Lee always challenged himself physically. In high school he became an accomplished football player. He continued his football career as a running back at Central College. He completed RAGBRAI numerous times with his family, rode his bike from the Gulf of Mexico to Alaska and also rode his bike from the southern Iowa border to the northern Iowa border in one day. He enjoyed canoe trips to Arkansas, skiing trips to Colorado, and fishing trips to Canada. He began playing tennis while stationed in Saudi Arabia and continued playing until he was 85 years-old with a men's tennis team in Oskaloosa. After hanging up the racquets, he loved to walk for exercise and also enjoyed working in his yard. He actually looked forward to raking leaves.
By far, his favorite activity was watching his boys play in high school and then college sports. He continued to look forward to seeing his grandchildren participate in sports and school activities. His family was his greatest joy. He always remarked what a blessed life he led and was immensely proud of the the kind, decent adults his children became.
Survivors include his wife, Mary Jo, children: David Den Hartog (Rachel), John Den Hartog (Stephanie), Bob Den Hartog (Jennifer), Brandon Den Hartog (Jennifer), Tyler Den Hartog (Brooke), grandchildren: Martel, Drake, Jalen, J.T. (Gabriella), Haley, Natalie, Anna, Rosie, Breckin and Hudsin Den Hartog. Lee is also survived by a longtime friend, Glenn Moritz, and numerous extended family. Lee was preceded in death by his parents and a brother, Norman.
A service to celebrate Lee's life will be 5:00 pm, Tuesday, February 18, 2020, at the First Presbyterian Church. Visitation will be one hour prior to the service from 4-5 pm. Interment will be private in Oakland Cemetery in Sac City, Iowa. Memorials may be given to Centerville A-Club, the Centerville High School tennis team and condolences may be shared at www.thomasfh.com or facebook.com/thomasfuneralhome.
Published on February 11, 2020
To send flowers to the family of Leland Glen Den Hartog, please visit Tribute Store.

Send flowers
in memory of Leland

A place to share condolences and memories.
The guestbook expires on May 11, 2020.

Tony Shriver
Lee was a special man. Always enjoyed being around him. He will be greatly missed.
View all