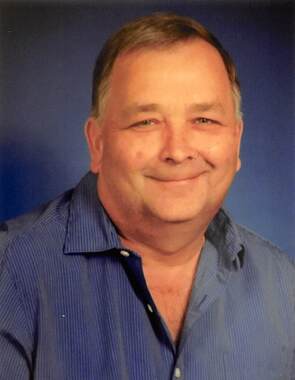 Back to Mark's story

Mark Eddy, 54, of Centerville, passed away on December 3, 2019 in Des Moines. Mark was born on December 4, 1964 in Centerville to William "Neal" and Barbara (Cline) Eddy. He graduated from Seymour High School in 1983. On November 12, 1983, he married Deborah Cunningham at St. Mary's Catholic Church and to this union, two children were born.
Mark was a truck driver for several years. He was the owner and operator of his trucking business, MDMC, LLC. Prior to working as an owner operator, Mark worked for Hy-Vee, Wells Manufacturing, Kent Feeds, RPS, and Moulton Udell Schools.
In his spare time, he enjoyed: Spending time with his family, working on any vehicle both mechanical or body, working on numerous projects with his brother, listening to music, enjoying driving with the NASCAR racing experiences, and sitting in his favorite recliner watching TV and laughing with his wife.
Mark is survived by his wife, Deborah; daughter, Mallory Downs; son, Christopher (Jenna) Eddy; grandchildren: Mason and Charli Downs and Sawyer Eddy; mother, Barbara Eddy; brother, Patrick Eddy and sister, Rebecca (Jim) McGuire as well as numerous extended family members. He was preceded in death by his fa-ther, William "Neal".
Funeral services will be held at 1:30 p.m. on Monday, December 9, 2019 at Thomas Funeral Home in Centerville. Interment will immediately follow at Oakland Cemetery. Visitation will take place from 5:00-7:00 p.m. on Sunday, December 8, 2019 at Thomas Funeral Home in Centerville. Memorials may be made in his name and designated to his grandchildren to be decided at a later date. Online condolences may be made at www.thomasfh.com or facebook.com/thomasfuneralhome.
Published on December 5, 2019
To plant a tree in memory of Mark Eddy, please visit Tribute Store.

Plant a tree in memory
of Mark

A place to share condolences and memories.
The guestbook expires on March 04, 2020.