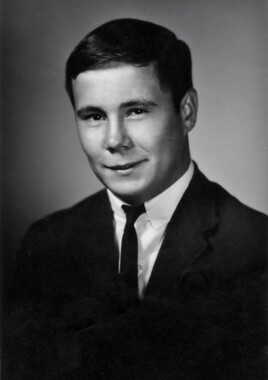 Back to Michael's story

Michael Scott
October 20, 1947 - November 21, 2019
Michael was born Oct. 20, 1947 to Jasper (Buddy) and Icle Milburn Scott, of Rathbun, IA. As memorialized in a poem, written by his mother, Michael was "last, but not least, and loved by all" of 10 children. Michael and his brothers all grew up in the Rathbun, IA area, riding their horses, fishing and hunting. Their only sister Rachel, "a rose among thorns" was treasured by her brothers.
Michael graduated from Centerville High School in 1966. After graduation, he worked in construction for several years, at Rathbun Lake and Sundown Lake, eventually going to work for AE Dairy as a delivery man. He next took a management job in Winnemucca, NV at an RV Resort in 1986 and went on to build and manage other resorts in Arcata, CA and Reno NV. He loved this work, talking and joking with people from all over the world.
Michael was preceded in death by his beloved Mother and Father, brothers Bob, Billie, Teddy, Don, Jim, Paul and brother (in-law) Kenny Britt. Left behind to mourn his loss are sons, Mike (Kelly) Scott of Winnemucca, NV and Martin Scott of Portola, CA, sister Rachel Britt of Goodyear, AZ, brothers Dan (Bev) Scott of Wilton, IA and John (Rita) Scott of Enon, OH, Sister In Law Marilyn Scott of Centerville IA, and a whole host of Nephews, Nieces and their families.
While living in Iowa, Michael loved to hunt and fish, primarily with his brothers. But Michael's favorite pastime, by far, was to take his black and tan hound out to the woods and then, in the dark of night, he would turn Jack loose and listen to him run, searching for racoons. The sound of Jack following a track and finally treeing a coon, was music to
his ears. Michael loved that dog and he loved hearing him run. If you are out some cold fall night and you hear a coon hound opening up on a trail somewhere, remember Michael and the joy he found in such simple pleasures.
Michael, "The Badlands", our Dad, will always live on in our hearts.
~Mike and Martin Scott~
A Private Memorial Service was held
Published on January 25, 2020
To plant a tree in memory of Michael Scott, please visit Tribute Store.

Plant a tree in memory
of Michael

A place to share condolences and memories.
The guestbook expires on April 23, 2020.

Ed Davison
My heart aches over our loss, Scott and I were friends in high school and remained friends all our adult lives...Badlands....you will be missed but I'm certain you are seeing old friends now.
John Halley
A good classmate that I have not seen for 50+ years. Mike......you were an OK guy. My best to the family.
Joyce Scott
I did not see Mike a lot, but when I did he always had a smile on his face.
View all