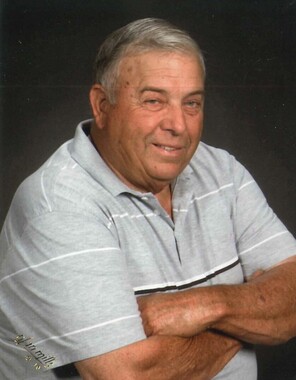 Back to Paul's story

He was born March 27, 1939 in Rathbun, Iowa, the son of Daniel and Vic (Cerato) Mihalovich. Paul graduated from Moravia High School in 1957. He was united in marriage to Rosemary Dooley in 1964 and to this union of marriage, two children were born, Steve and Jan. Rosemary preceded Paul in death in 1985 and he later married Christine Starcevich in 1989.

In 1968 Paul established Mihalovich Construction and tiling, a business he successfully owned and operated until 1987. He subsequently accepted the job as Foreman for Appanoose County Secondary Roads, a position he maintained from 1987-1989. He then opened Southern Iowa Equipment in Moravia, a job he cherished until his retirement in 2002. Moreover, Paul also purchased and farmed the Mihalovich family farm until present time.

In the late 1980s, while operating Southern Iowa Equipment, Paul passionately embarked on a journey of both selling and buying tractors nationally, as well as globally. Simply stated, Paul established an infinite collection of numerous makes and models of tractors over time through countless acquisitions.

Understanding the importance of giving back to the community in which he lived, Paul was a past Mayor of Moravia, as well as a longtime councilman of the Moravia City Council. He was also a long-serving member of the Appanoose County Conservation Board. Furthermore, Paul enjoyed many active years with the Southern Iowa Vintage Tractor Club of Albia. He was also a member of St. Mary's Catholic Church in Centerville.

Throughout the years, it should be noted that Paul and Chris enjoyed many motorcycle trips, 18-80 Club vacations, as well various other trips.

Paul was preceded in death by his first wife, Rosemary Dooley Mihalovich; his parents, Daniel and Vic Mihalovich; and a sister, Ann Wilson.

Mass of Christian Burial will be held at 10:30 AM, Thursday, January 16, 2020 at St. Mary's Catholic Church in Centerville with Father Timothy Armbruster officiating. Burial will follow in the Hillcrest Cemetery, Moravia. A visitation will take place on Wednesday, January 15, 2020 at Lange Funeral Home in Moravia, from 9 AM-8 PM, with the family receiving friends from 4-8 PM. A brief Public Prayer Service led by Father Timothy will begin at 4 PM on Wednesday at the funeral home in Moravia. A memorial has been established to Moravia Avenue of Flags and may be mailed to Lange Funeral Home, 1900 S. 18th St., Centerville, Iowa, 52544. Condolences may be expressed at www.langefh.com.
Published on January 13, 2020
To send flowers to the family of Paul David Mihalovich, please visit Tribute Store.

Send flowers
in memory of Paul

A place to share condolences and memories.
The guestbook expires on April 12, 2020.