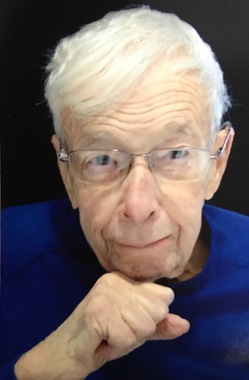 Funeral services for Richard Besse, 85, of Davenport will be 10:30 am on Thursday at Cunnick-Collins Mortuary, Davenport. Burial will follow at Davenport Memorial Park Cemetery, Davenport, where military rites will be conducted by the American Legion #26. Family will greet friends on Thursday from 9:30 am to service time at the Mortuary.
Richard passed away on Sunday, May 12, 2019 at the Davenport Lutheran Home, Davenport.
Richard was born on August 21, 1933 in Cincinnati, IA, the son of Ira and Elsie (Rose) Besse. He married Bonnie Kay Kirkland on November 3, 1957 in Numa, IA. He worked at Alcoa as a forklift operator for 39 years, retiring in 1988. He served in the U.S. Army during the Korean Conflict while stationed in Germany. He enjoyed hunting, fishing, and was an avid Hawkeye fan. He was a member of the Moline Church of Christ.
Survivors include his wife, Bonnie, of Davenport, children, Alice (Cor) Valstar of McHenry, IL, Diane (Scott) Spengel of McHenry, IL, Brian (Gina) Besse of Davenport, 5 grandchildren, and 6 great-grandchildren.
He was preceded in death by his parents.
Memorials may be directed to the Alzheimer's Association.
Remembrances and condolences may be made to the family at www.cunnick-collins.com.
Published on May 13, 2019
To plant a tree in memory of Richard Besse, please visit Tribute Store.

Plant a tree in memory
of Richard

A place to share condolences and memories.
The guestbook expires on August 11, 2019.