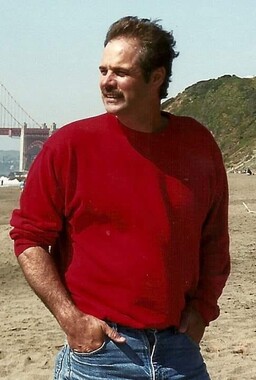 Richard M. Clawson passed away Wednesday, January 15, 2020 doing what he did best, assisting others. He was pulled over in his Hy-Vee Semi to assist another trucker.
Richard M. Clawson was born March 20, 1965 in Santa Clara, California to Donald and Roberta Clawson. He was the youngest of 6 children. Rich was united in marriage to Tonya Renee Ballanger on July 13, 1996 at the Flamingo Garden Chapel in Las Vegas, Nevada. It was a beautiful weekend surrounded by many friends and family.
To this union two children were born. Mariah Elizabeth Clawson arrived on June 2, 1997 and Myles Edward Clawson came into the World on March 3, 2003. Rich's children were the center of his life!
Rich received his high school diploma at Kennedy High School, Fremont, California, and went on to receive his A.A. and play baseball at Ohlone College in the Bay Area. He started his career with Novell computers, flying to all the major cities, setting up trade shows. When moving to Centerville, Iowa, he worked nights at Rubbermaid and attended school at IHCC. His dream was to become a teacher and a coach. It became more important to Rich after the birth of Mariah, to be a good provider and he started working at Hy-Vee in Chariton. Rich loved his semi. He told us that going to work in that truck was his vacation from life. He would listen to books on tape, visit with his California family, and talk for endless hours to Carter Heitmeyer and Tom Rogers to stay awake. The Chariton Hy-Vee colleagues were his "other" family. He was that" friendly smile in every aisle".
Published on January 20, 2020
To plant a tree in memory of Richard M. Clawson, please visit Tribute Store.

Plant a tree in memory
of Richard

A place to share condolences and memories.
The guestbook expires on April 19, 2020.

Roger Foster
It was great growing up with Richard in the neighborhood he was like a brother as he is the same age as me. He really was ahead of his time as some of his ideas are business’s today.
View all