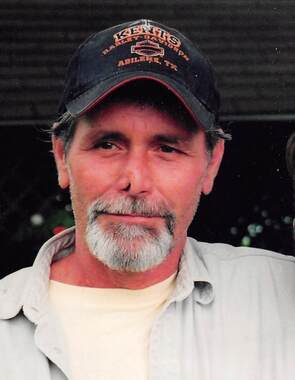 Back to Rodney's story

Rodney Carlton or "Rowdy Agnew" as he was known to many, 65, of Centerville, passed away on January 18, 2020 at MercyOne Medical Center in Centerville. Rodney was born on November 7, 1954 in Cedar Rapids, Iowa to Kenneth and Edith (Burlingham) Carlton.
After attending Centerville High School, Rodney worked at Baxter Box, a local foundry and also bartended before owning and operating his antique refinishing business.
He met his longtime love, Rhonda Wilson in Centerville and the couple have been common law married for almost 31 years.
In his spare time, Rodney enjoyed landscaping and doing yard work, carpentry, woodworking, hanging out with his friends and spending time with his family; especially with his nieces and nephews.
Rodney is survived by his wife, Rhonda; brother, Steve Agnew; sister, Bonnie and her husband, Doug Stelting; brothers-in-law: Mike and his wife, Andrea Wilson and Wade and his wife, Renee Wilson; four nieces and four nephews as well as numerous extended family members. He was preceded in death by his parents and his mother-in-law, Ann Wilson.
Per Rodney's wishes, cremation will be accorded and no services will be held at this time. Online condolences may be shared at www.thomasfh.com or facebook.com/thomasfuneralhome.
Published on January 20, 2020
To plant a tree in memory of Rodney Carlton, please visit Tribute Store.

Plant a tree in memory
of Rodney

A place to share condolences and memories.
The guestbook expires on April 19, 2020.

Barb Fowler-Lindsey
I'm so sorry to hear of Rowdy passing. My thought and prayers are with you.
View all