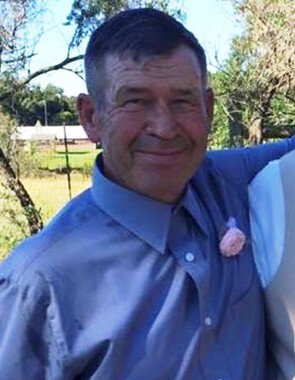 Back to Wendell's story

Wendell Olin DeVore, age 73, of Plano, Iowa, passed away Tuesday, May 28, 2019 at Mercy Medical Center in Des Moines.
Wendell was born on September 24, 1945 in Promise City, Iowa, the son of Robert and Thelma (Youst) DeVore. He attended Seymour Schools, and later earned his G.E.D. Wendell was united in marriage to Janet Christian on April 18, 1964 in Unionville, Missouri. To this union, two children were born, Jeffrey and Wendell "Wayne."
Wendell was a jack of all trades, who worked many jobs throughout his lifetime. He worked for a Brick plant in Mystic, a Haydite near Clarkdale, DeVore's Brothers Carpentry, Van Genderen Feed and Grain of Unionville, MO, Young Radiator, managed rental properties, and farmed in his spare time.
Wendell enjoyed going dancing with Janet. It was often said that there wasn't a stranger that he didn't know-or a smile kept to oneself. There was nothing he liked better than an interesting conversation with a good (or new) friend. Wendell could have an engaging conversation with anyone. He was very fond of tinkering with things. He loved spending time with his family, especially his dog, Sparky.
Left to honor Wendell's memory are his children, Jeffrey (Reggie) DeVore of Moravia, and Wayne (Mary) DeVore of Centerville; his siblings, Burneta Sales of Cincinnati, Bernice Houser of Corydon, Robert (Wortha) DeVore of Promise City, Jackie Lindsey of Texas, Louise Maiers of Wheatridge, Colorado, Rex Devore of Seymour, Cary (Brenda) DeVore of Promise City, and Ruby (Gilbert) Garza of Lubbock, Texas; four grandchildren, Tyler DeVore, Brett DeVore, Noelle (Austin) Hoffman, and Christian (Gracie) DeVore; seven great grandchildren, Kayden DeVore, Hayden DeVore, Keaton DeVore, William Klaus Hoffman, Adelyn Spinler, Kael Hoffman, and Gabriella DeVore.
He was preceded in death by his wife, Janet DeVore; his parents, Robert and Thelma DeVore; and a brother, Charles DeVore.
A Celebration of Life service will be held at 10:30AM, Saturday, June 1, 2019 at the Plano Christian Church in Plano, Iowa, with Pastor Chad Combs officiating. Burial will be held at a later date in the Crossroad Cemetery near Plano. Memorials have been established to EveryStep Hospice, and may be dropped off or mailed to Lange Funeral Home and Crematory, 1900 South 18th Street, Centerville, Iowa 52544. Condolences may be shared online at www.langefh.com.
Published on May 29, 2019
To plant a tree in memory of Wendell Olin DeVore, please visit Tribute Store.

Plant a tree in memory
of Wendell

A place to share condolences and memories.
The guestbook expires on August 27, 2019.

Restore the guestbook to view the 3 more posts by family and friends, and share a memory or message of condolence of your own.